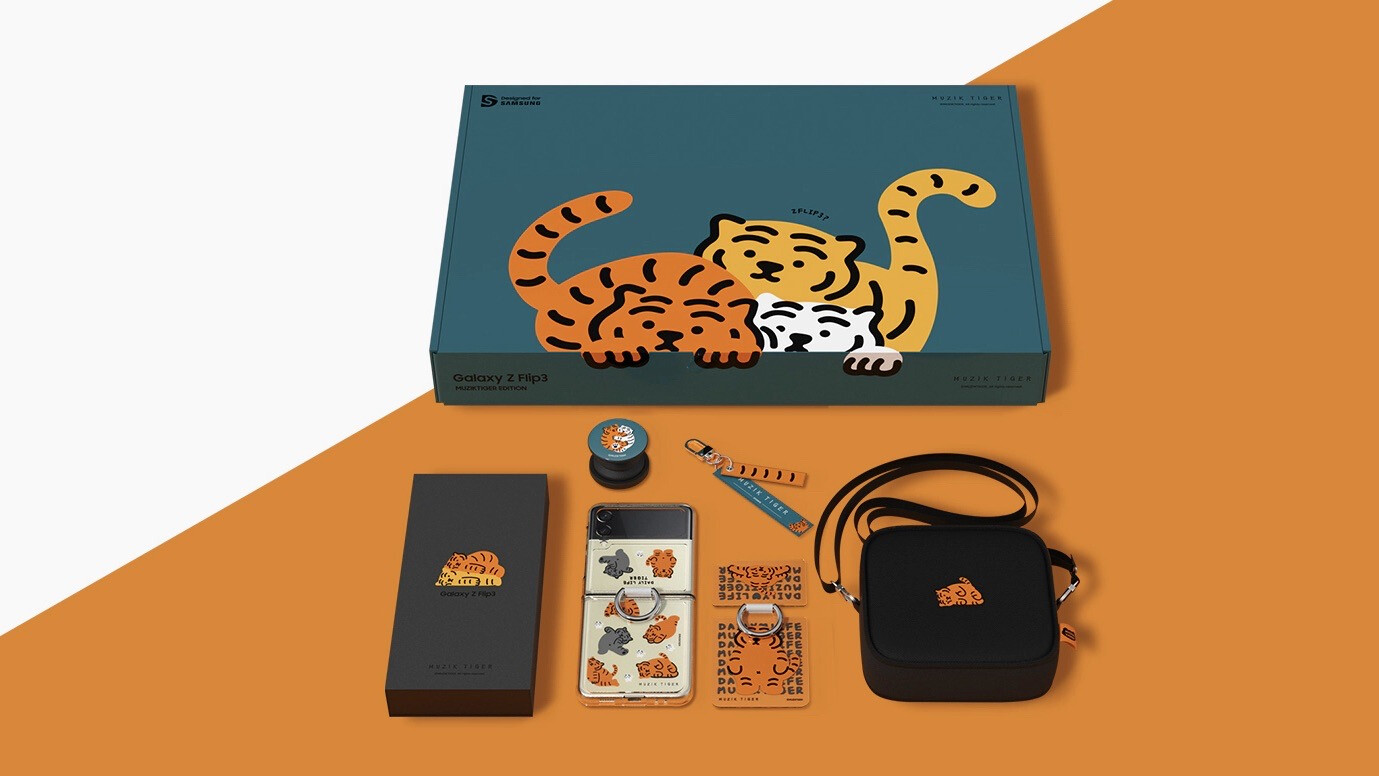 Samsung has launched a new limited edition version of the Galaxy Z Flip 3. This time around the foldable will receive a new fashionable iteration, through a special Muzik Tiger edition.

The Galaxy Flip lineup is becoming a staple in popular culture and Samsung seems eager to explore the limits of their iconic foldable in that regard. The Korean tech giant first released a Thom Browne limited edition of the Galaxy Z Flip 3, followed by a Pokemon one last month.

This time around Samsung is launching a special edition of the Galaxy Z Flip 3 inspired by Muzik Tiger. For reference, Muzik Tiger is a popular Korean design label. The device will be available for purchase starting May 16th in Korea, starting at KRW 1,280,400 (the equivalent of about 1030$) for the base model.

When foldables first made their debut on the smartphone market, the promise for potential was what ultimate drew many to the novel form-factor. Few, however, anticipated foldables becoming popular fashion items.

With the introduction of the Galaxy Flip lineup this is precisely what happened. The unique design, which is simultaneously futuristic and nostalgic is one of the things that make the Flip much more successful than its older (and bigger) brother, the Fold.

These special editions of the Galaxy Z Flip 3 showcase just how appealing the foldable is design-wise. Both of the previous special editions sold out in a matter of hours. Something tells us that Muzik Tiger one will follow suit.